Vigan in Ilocos Sur is one of the few remaining 16th century towns in the Philippines. Its Spanish colonial streets, ancestral houses that some doubled as museums, yummy grubs, burnayan (pottery) and horse-drawn carriages will take you back to the Spanish time. 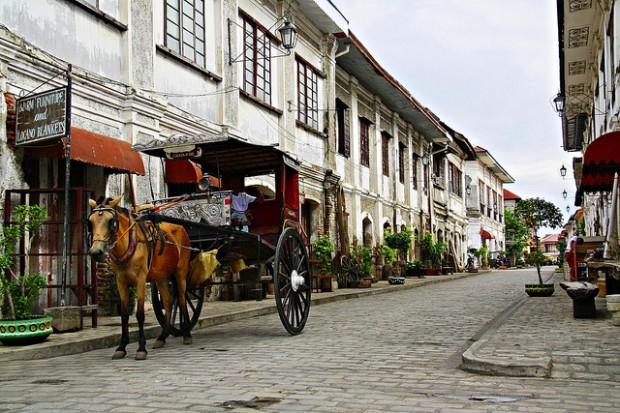 Image credit: Fitri Agung
After winning the title as one of the New7Wonders Cities in 2011, the government is projecting a significant growth in Vigan’s tourism over the next few years. So before Vigan gets overhyped like other tourist destinations in the Philippines, why not plan your trip now?
Also read: Travel Diaries: Viva Vigan!
To help you sort things out, here are ten things you must do in this heritage city. 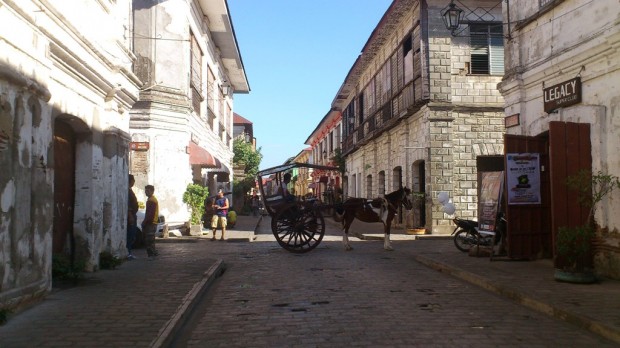 Image credit: Red Maleta
A trip to Vigan will never be complete without exploring what it’s known for – the Vigan Heritage Village. Famous for its cobblestone streets and Spanish colonial themed buildings, this village led the inscription of Vigan as one of the UNESCO World Heritage Sites. The most popular and most photographed street within the village is Calle Crisologo. The street is lined with souvenir shops, antique stores and restaurants, and a horse-drawn carriage called kalesa passes by occasionally.

2. Stay in one of the heritage hotels 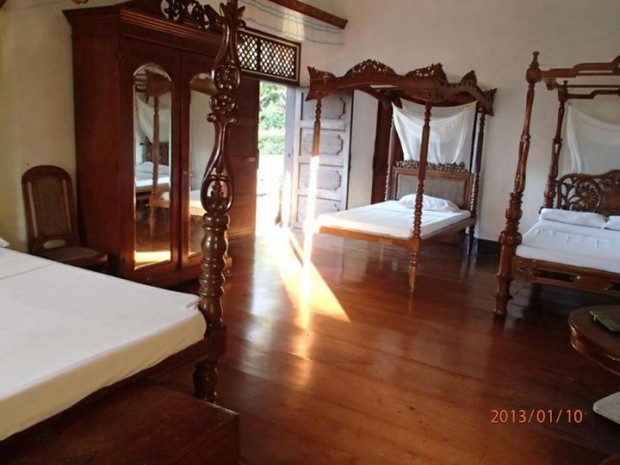 Image credit: Villa Angela
Since most of the business establishments are Spanish-inspired, some hotels are said to have been used as a set for horror films. Some say heritage hotels are haunted. Rumor has it that some famous Hollywood actor stayed in one of the well-known hotels.

3. Get close encounters with the animals of Baluarte 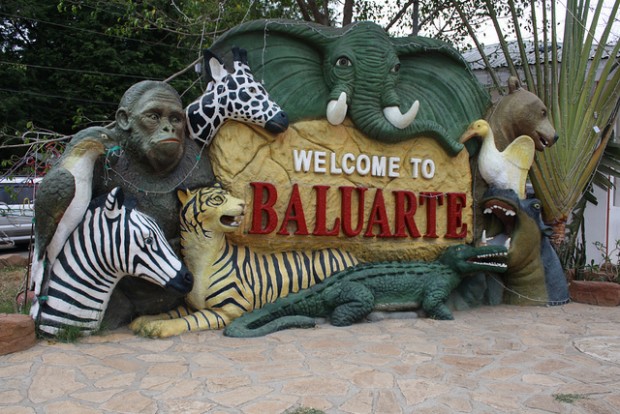 Image credit: Jack
Baluarte is a privately owned mini zoo that is open to the public. It houses animals from different countries as well as species endemic to the Philippines. It is owned by Filipino politician, Mr. Chavit Singson.

4. Indulge in a gastronomic adventure

You can’t leave Vigan without tasting their famous empanada, longganisa and bagnet. 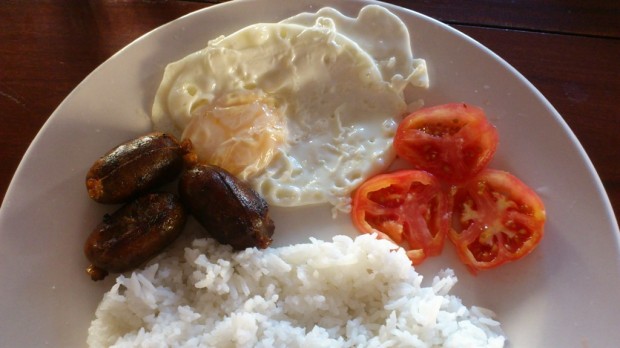 Image credit: Red Maleta
Longganisa
The Vigan longganisa is one of the Spanish influences in the Filipino food. It tastes garlicky and tangy with a hint of smokey flavour. Image credit: Red Maleta
Empanada
A must-try is the Vigan empanada. It is prepared with vegetables, fresh egg and meat. 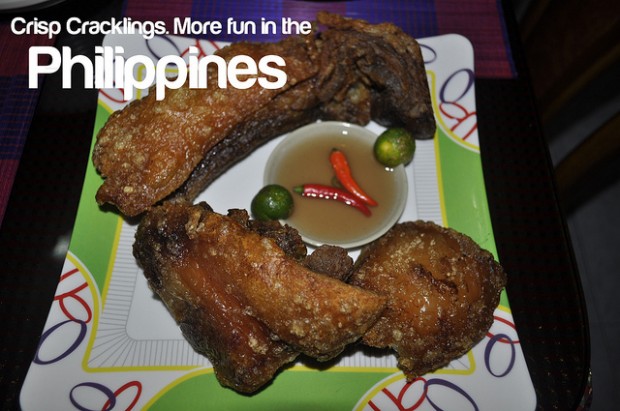 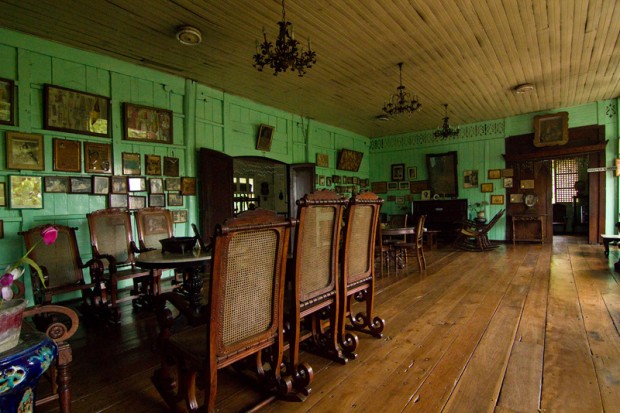 Image credit: Eugene
Some ancestral houses are now turned into museums. You can visit the Syquia Mansion, where Elpidio Quirino, 6th President of the Philippines, once lived. The mansion is the ancestral home of his wife Dona Alicia Syquia’s family. Then there’s Father Burgos’ house also known as “bahay na bato” (house of stone) which was once a home to one of the greatest names in Philippine history – Padre Jose Burgos. He was sentenced to death together with fellow priests Mariano Gomez and Jacinto Zamora, under the false charge of rebellion against the Spaniards.

6. Make your own burnay jar

Image credit: Red Maleta
The Ruby Pottery shop is another must-visit attraction in Vigan. Watch the town’s National Artist, Fidel Go turn a shapeless mud into a burnay jar. You can also try it yourself if you think you have the skill. Fidel Go is the owner of the pottery shop and he is also the descendant of the first Chinese potter who came to Vigan.

7. Witness the abel weavers in action 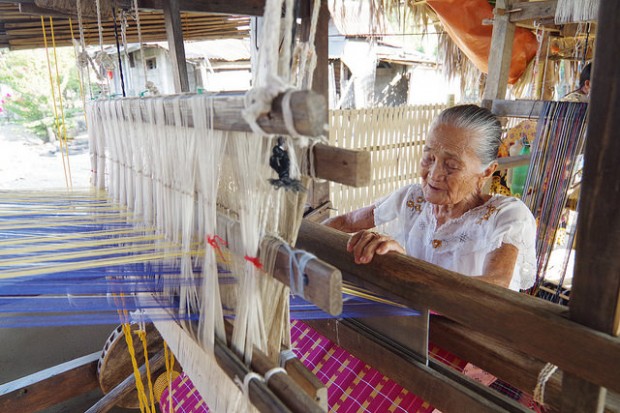 Image credit: Ilocos Norte
A traditional woven product of the Ilocos Region, Abel is recognised for its strong and colourful fabric. The weaving process is very intricate; weavers must master a synchronised movement of their hands and feet when they use the wooden handloom. You can watch abel weavers busy with their craft in shops like Cristy’s Loom Weaving and Rowilda’s Weaves. Abel cloth is also readily sold in Calle Crisologo. 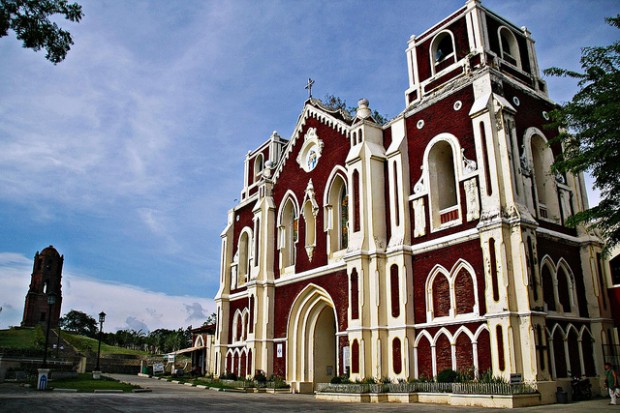 Image credit: Fitri Agung
If you’re keen on religious structures, head to the St. Augustine Church (Nuestra Del Caridad) or the Bantay Church. Built in 1590, Bantay Church is one of the oldest churches in the Ilocos province. Feast your eyes with its stunning dark brown façade in neo-gothic design. 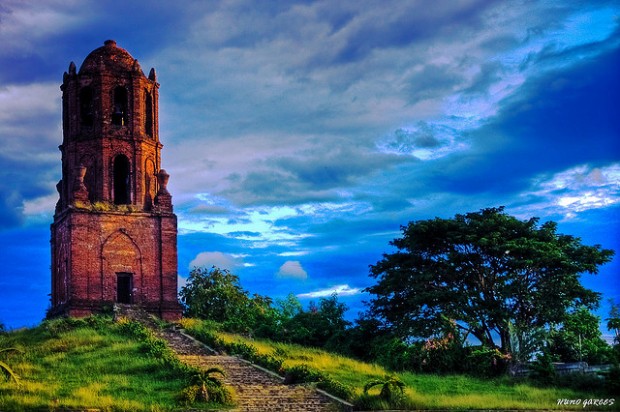 Image credit: Ojie Paloma
Sitting on top of the hill is the Bantay Belfry. Travellers can climb up the rickety stairs of the tower to get a better view of Vigan. A huge old bell greets visitors at the top. One can also glimpse the white squares of a cemetery across the belfry. The belfry is part of the city’s defence against possible enemies back in the 16th century. 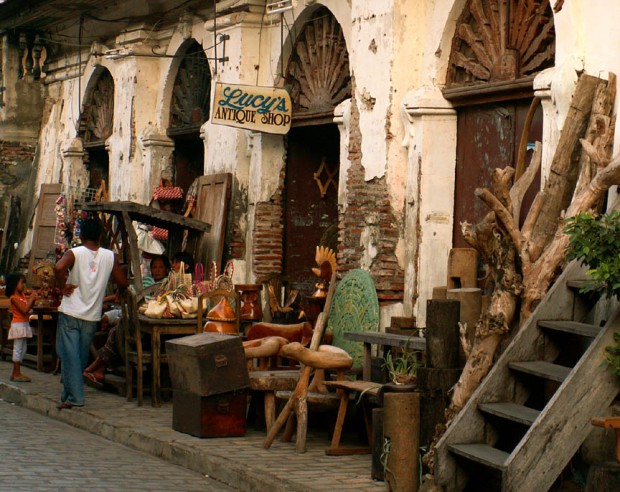 10. Play dress up in Arce Mansion 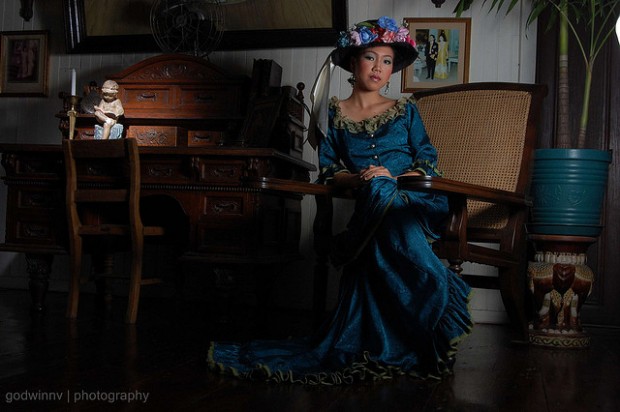 Image credit: Godwinn Vicente
Proceed to Arce Mansion and try on Maria Clara dresses of a doña or barong tagalog to feel what it’s like be an ilustrado (educated social class) back in the Spanish colonial era. Costumes from prayle (Spanish friar) to a humble indio (indigenous people) are also available.
Do you know any other interesting things to do in Vigan? Feel free to drop your comments below.
This article originally appeared on Tripzilla Magazine on October 9, 2015.

How I Travelled with a Complete Stranger

20 Signs You Were Born and Raised in The Philippines

8 Banaue Attractions Every First-Timer Should Visit