Asia is home to breathtaking nature, lush vegetation, exotic cultures and delicious cuisines. One of the best ways to explore and discover the various destinations in Asia is on foot – by taking a hike. Some hikes in Asia offer hikers a chance to spot rare wildlife species and meet indigenous tribes living in charming villages along the way. In many of the trails listed below, the journey itself is the destination. 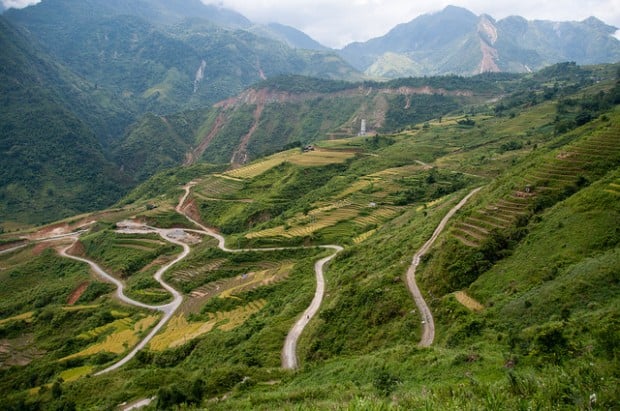 Image Credit: Pedro Alonso
Travel the northern highland town of Sapa in Vietnam for breathtaking views of rice terraces and stunning mountain peaks with mists hovering over them. Sapa rests in the Hoang Lien Son mountain range, close to the Tonkinese Alps at the Chinese borders. Sapa is an increasingly popular destination among hikers, all keen to experience the hillside treks which passes through lush landscapes and charming villages. The best time to visit is from March to May.

Image Credit: LM TP
India’s highest and largest district is the Ladakh Range. Comfortably nestled between two vast mountains (the Karakoram to the north and the Himalayas to the south), the Ladakh range has more sheep and yaks than monkeys and cows. In Ladakh Range, the culture of the people lean towards Tibetan rather than Indian. Travellers can take on trails in the Ladakh Range which ranges from easy (Ripchar Valley Trek and Lamayuru Alchi Trek) to difficult (Kang Yatse Trek, Hemis to Tsomoriri Trek). Some of the most gorgeous trails in the Ladakh Range are those that take hikers through the Zanskar range, such as the Lamayuru to Darcha Trek. 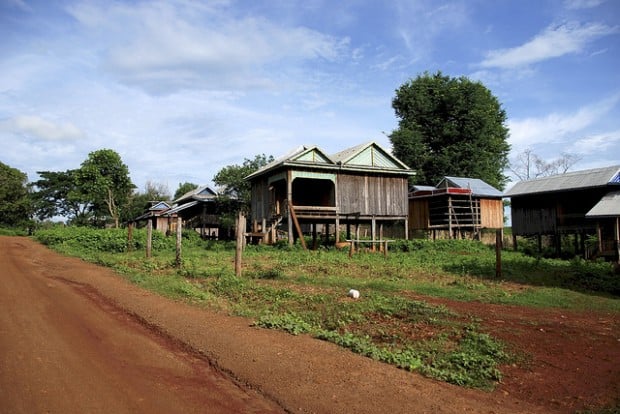 Image Credit: Daniel Dutkowski
Ratanakiri (Ban Lung), located in northeast Cambodia, is known for fantastic jungle trekking and hiking. It is also known as “dey krahorm” (red earth), as the area is covered in reddish dust during the dry season. Impressive hills, rivers and mountain ranges grace Ratanakiri, and the area is dotted with crater lakes and waterfalls. Image Credits: Himalayan Expeditions
Bhutan’s Snowman Trek covers over 200 miles, crossing 11 passes over 16,000 feet. To undertake the Snowman Trek, which takes about 25 days to complete, it is compulsory to be part of a guided tour. Each year, only a handful of people challenge themselves to take on this hike. The trail passes through Laya, home of the indigenous Layap people. Guides usually drop by the Thanza village to exchange horses for yaks, which are used to traverse difficult terrains. The highlights of this trail include the sceneries of remote valleys, visiting Buddhist monasteries, experiencing Bhutan’s authentic culture and spotting interesting wildlife such as the Himalayan blue sheep. Timing is essential for this trek, and it is best to go in April to avoid the snow and rain that closes the high passes. The Snowman Trek is ideal for the hardcore hikers. Image Credits: Scott Edmunds
The trail that leads up to Maluan Mountain is easy and safe, and it passes through clear streams, verdant woods, and captivating waterfalls. It is no surprise that this trail is popular among hiking enthusiasts. Mount Maulan is also known for its plum blossoms in red, white and sea blue, which can be seen in January from the Plum Blossom Pavilion. 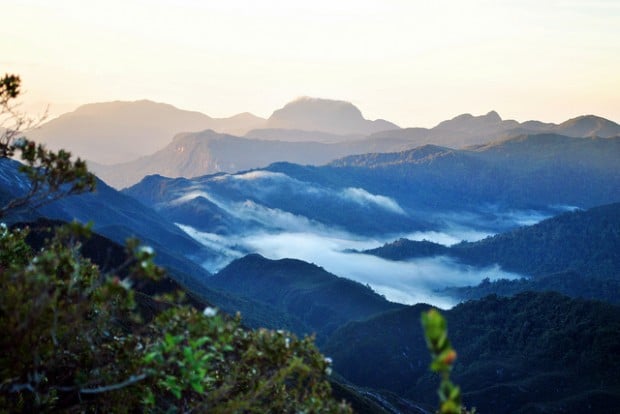 Image Credit: Shukor Saad
To have a taste of the jungle, climb one of the most challenging mountains in Malaysia, Gunung Tahan. Tigers, elephants, leopards and the Sumatran rhino will greet hikers in this 130 million years old virgin rainforest, located in Taman Negara in the state of Pahang. The most scenic route is the Kuala Tahan classic train, which usually takes about seven days. Just be warned: this trek requires you to be mentally and physically fit. 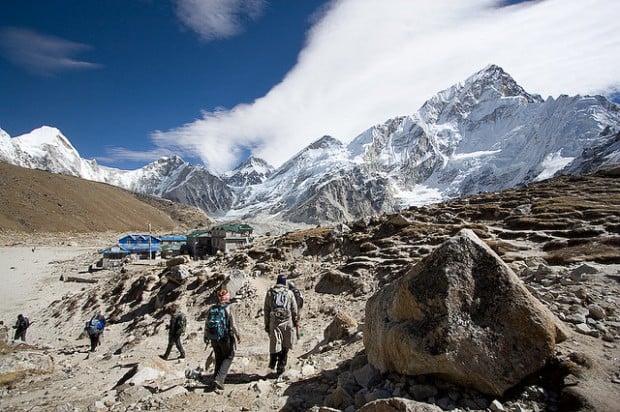 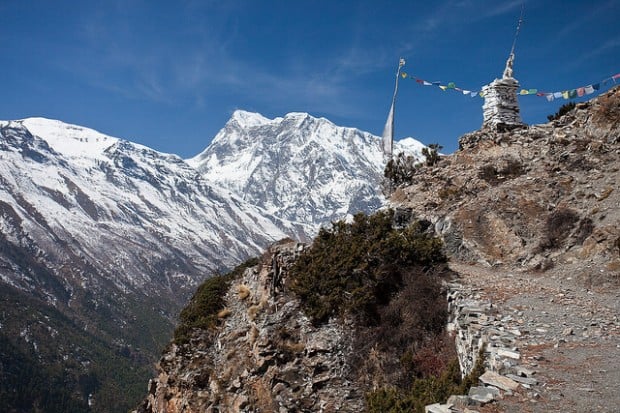 Image Credit: Greg Willis
The lofty peaks of the Annapurna are only for the trained and determined, and one of the best trails in the Annapurna Mountain Range is the famous Annapurna Circuit. This horseshoe-shaped route that runs for more than 200 kilometre is considered one of the best hikes in the world. Completing this rather challenging trek will take between 15 to 20 days. Rugged trails, sacred pilgrimage sites, exotic wildlife and awesome views of nature’s bounty will make your trip a memorable one. 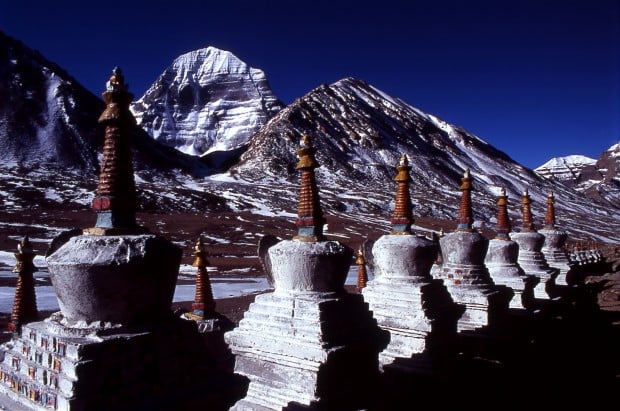 Image Credit: Wikipedia
Mount Kailash stands out as a holy site to Buddhists, Jains, the Ayyavazhi branch of Hinduism, and the ancient Bon religion of Tibet. However, it is not often visited due to the mountain’s remote location in far western Tibet. Some religions regarded Kailash as the mythical Mt. Meru – the center and birthplace of the entire world. Myths and legends surround Mount Kailash, such as the Hindu belief that the place is the abode of god Shiva. Transportation to Mount Kailash via rugged over-land vehicles can be booked through various tour companies. Once you get there, hiking the 50 kilometres around it alongside pilgrims is the ritual to complete. Do note that the weather there can be always harsh and trekkers and pilgrims must carry all the supplies and provisions they need for the entire trip. April through September is the best months for this trek. 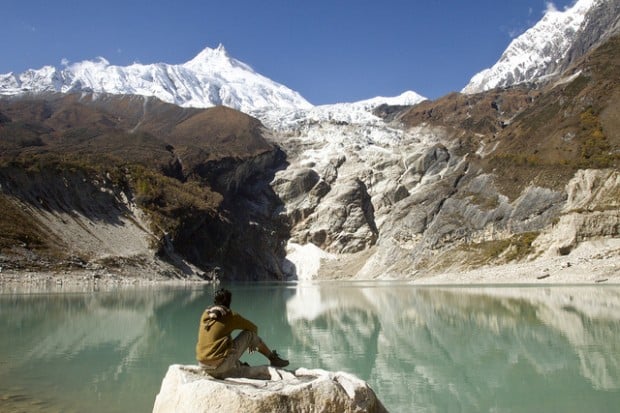 Image Credits: Great Himalaya Trail
The Great Himalaya Trail covers over 4500 kilometres and it connects the highest routes across the Himalaya with existing trekking trails and pilgrimage paths. The trail can be completed in a whopping four to six months if the weather permits. The challenging part of the Great Himalaya Trail is during the ascents and descents of the high passes, including Sherpani Pass (20,128 feet), West Col (20,154 feet), and Amphu Laptsa Pass (19,193 feet) sandwiched between Everest and Makalu. Wildlife such as the endangered snow leopard, yaks, red pandas and herds of blue sheep can be spotted along the trails, and there are also monasteries, tea houses and guest huts along the way.
This article originally appeared on Tripzilla Magazine on April 15, 2015.

20 Signs You Were Born and Raised in The Philippines