International recording artist and Grammy awardee, Bruno Mars will hold its “The Moonshine Jungle Tour: Bruno Mars Live in Manila” concert this March 22, 2014, 8:00 pm at the Mall of Asia Arena in Pasay City. This half-Filipino vocalist is expected to draw in thousands of concert enthusiasts all over the country, including Cebuano “brunofanatics.” Mars’ much-awaited stop in Manila is part of his ongoing world tour to promote his second studio album, “Unorthodox Jukebox.” Part of the proceeds from his concert will be donated to helping Yolanda victims.

How? Simply “Like” Max’s Restaurant official Facebook Fan Page and register for the promo online. Every day, one lucky fan will win 2 tickets to watch Bruno Mars “The Moonshine Jungle Tour 2014”.

And that’s not all: Max’s will shoulder the airfare and hotel accommodation to the first lucky Cebuano winner and a friend of the Max’s Restaurant Bruno Mars Concert FREE Ticket Promo. 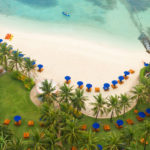 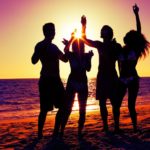