I had a very stressful week. I ran out of creative juice and I need to get away from the city to clear my mind and find inspiration.

What better way to get inspiration is to head to Cebu’s flower farm in Sirao. And throw in a visit to Temple of Leah to complete a Valentine-themed Saturday impulsive trip.

After the fiery red and yellow celosia flowers graced the front page of Cebu Libre late part of October, almost half of the Cebu population began flooding the Facebook news feed on their Sirao-related selfies. The flower farmers decided to close it off a few weeks after the newspaper article was published because locals started coming in and trampled on the flowers.

Patience is a virtue. We waited for a few more months in time for the flowers to bloom before Valentine’s Day. The perfect time for #selfies.

Severino Ople Jr., caretakers of one of the flower farms, did not expect their flowers to go viral on social media as they have been growing these flowers for a very long time. In fact, they earn more by collecting entrance fees than selling flowers. An entrance fee of ₱30.00 per person is collected.

In digital marketing, when a post goes viral, it’s because of the right place, taken and written by the right people at the right time.

Farmers start planting celosia in July or August. It takes 3 months for the flowers to grow. Harvest time will be in the last week of October to sell to the vendors at Freedom Park in Carbon and other areas.

The flower farmers grow tassel-ish celosia, or “burlas” in Cebuano; and coxcomb or the “brain celosia” orc“tapay,” as suggestive of a rooster’s comb. The celosia booms in rows, resembling rows of fire. It’s called “celosia” because of its flame-like blooms, which in Greek means “burning”.  To take a #selfie among the celosias is like to be burned alive while smiling.

Celosia is not a native of the Philippines but was brought to Cebu by a delegation of Cebuanos who visited Haarlemmermeer, Netherlands in 1991.

ICYMI, in 2011, the Cebu City government formally declared celosia as the Official Sinulog Flower based on the colors of the cape of the Señor Sto Niño.

We were unable to visit Sirao last December, and we waited for the perfect time (i.e. good weather and free schedule) to visit. So here we are the day before Valentine’s Day, an impulsive getaway prompted us to visit  Cebu’s Little Amsterdam–Sirao Flower Farm. #miniAmsterdam

How to get there

This flower farm is located in Barangay Sirao, 17 kilometers from JY Square in Lahug. It can be accessible by motorcycles or by car. From the mall, there are habal-habal drivers await to take locals and tourists to the flower farm.

We rode a motorcycle habal-habal which took about 30 minutes on the road. It costs PhP 100 per person per one way.
Since the place is frequently flocked by locals and tourists, the owners set up their own refreshment tents where snacks and drinks are sold.

From Sirao Flower Farm, you can do a side trip to Temple of Leah or Tops for a panoramic view of Cebu. 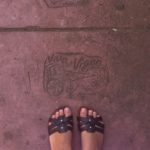 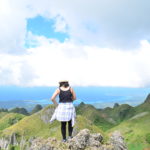