Meet Me in St. Gallen Filming Locations To Inspire Your Wanderlust

The Philippine cinema serves another destination-themed movie. This time, it’s in St. Gallen, a charming, small town with old European feels in Switzerland. Every romantic movie has to start somewhere. And it all has something to do with coffee. The story revolves around an artist, Celeste (Bela Padilla), who goes by the name of Katy Perry whenever she’s at a coffee shop, and a former rock star and accomplished vet doctor, Jesse (Carlo Aquino), whose names were lifted from the movie of the same character names in 2012’s Celeste and Jesse Forever. It tells a story of serendipity, taking chances and letting go—the perfect TOTGA movie for Valentine’s season.

The magic of meet-cute started in 2012 over coffee, cheeky banter and the memorable first kiss. After Facebook-stalking (mostly, Celeste), they met again in 2016 but the timing isn’t right and they have to let go. In 2018, they find each other again St. Gallen.

This is a conversational film that perfectly captures the wordless dialogue exchange with their longing and tortured gaze, the deep conversations about love and choosing to be the better person in an almost-relationship.
If the movie tugged your heartstrings, you can visit these attractions when you want to relive the story of Celeste and Jesse with a different ending, of course. Celeste mentioned to Jesse that she wants to visit a Christmas village. And she made it happen. Few scenes were shot at the St. Gallen Christmas market. Did you know? St. Gallen is called “the city of stars” during the Advent season. When the film was shot, seven hundred stars shine above the old town’s cheerfully decorated stalls of the Christmas market.

The St. Gallen Christmas market stretches from the Waaghaus, along the Bohl, all the way to the Market Square with vendors offering their traditional Christmas goodies. An occasional busker and choir performances were strategically located on some corners.

If Belle (from the Beauty and the Beast) were in St. Gallen, she will have a field day at this library. The library together with the Abbey of St. Gall was made a World Heritage Site in 1983. It is one of the oldest surviving European libraries which was lavishly decorated in baroque rococo style. Elaborate artworks graced the ceilings and framed with beautifully spiralling mouldings. The website of Abbey of St. Gallen states that their library collection dates back as far as 820 CE, and houses important collections of manuscripts and writings. A bookworm, like myself, would feel honoured to be in the same room as these ancient articles. 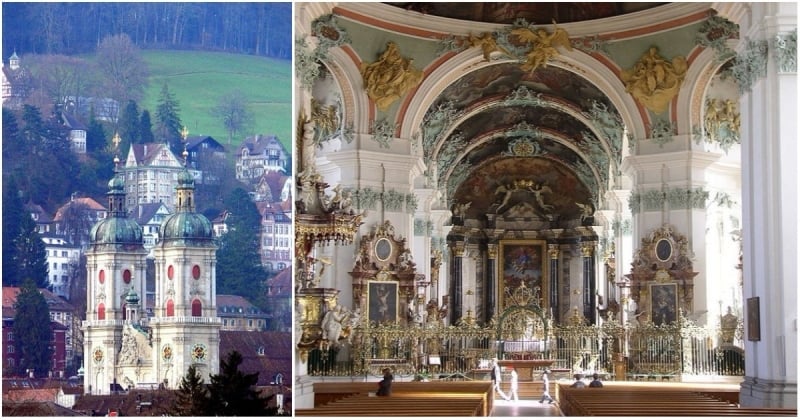 The former abbey church was rebuilt numerous times and became a cathedral in 1836. Its baroque design will leave you breathless. The church’s bright interior is due to the white walls of the nave, and its ceiling artwork represents the heaven. The Eight Beatitudes paintings in the dome were done by Joseph Wannenmacher while most of the stucco work was designed by Christian Wenzinger.

There is a snowy scene wherein Celeste and Jesse strolled along the three lakes. They rode a little funicular that leads up to the jump-off point. The lakes or ponds were created 400 years ago to store water for the city. These are not used for bathing during summer. Back in the 18th century, society followed a strict gender separation rule, separating the women from the men. 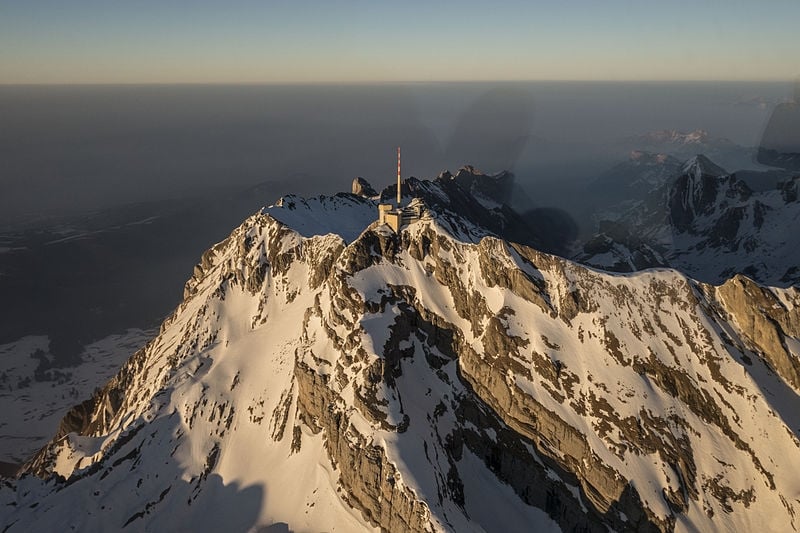 Säntis is one of the most prominent summits in the Alps with an observation deck on the top. It towers 2,501.9 metres in the Alpstein offering panoramic views of the ‘Alpenkranz’ (crown of Alps). If the weather is pretty good, you get to see six countries (cableway from Schwägalp): Switzerland, Germany, Liechtenstein, Austria, Italy and France. 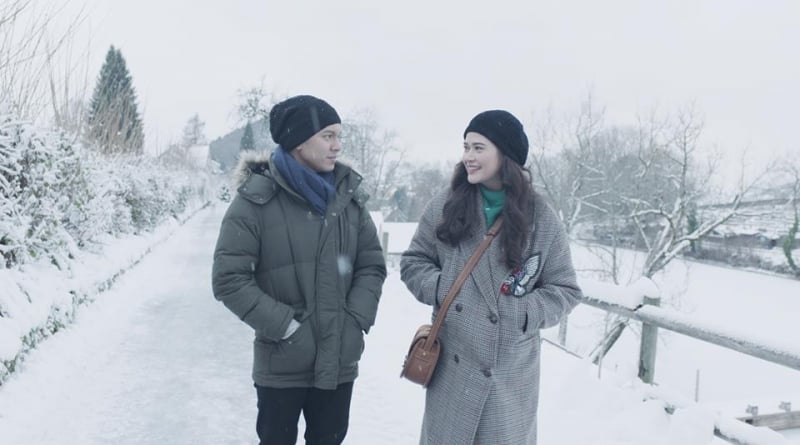 What are the odds at meeting a complete stranger at a coffee shop and enjoy his companionship? Can you imagine the power of coffee that brought two kindred souls together in St. Gallen?

PS: Just don’t break hearts on Christmas. It is against the law.

This article originally appeared on Tripzilla Philippines on February 21, 2018.

How I Went Island Glamping in Sumilon, Cebu